The state of media today has shifted. Journalists’ platforms, priorities, and expectations are changing more rapidly today than ever. At the same time, the relationships between journalists, social media, how they share content, and even their views of PR professionals are also evolving. See below for a comprehensive State of Journalism Today Media Report from Muck Rack, a media monitoring tool, on how journalists think about content, social media, and their role in delivering news and headlines.

According to the media report, 90% of the stories had something to do with COVID-19. This certainly makes sense. Journalism today revolves around everything under the sun. So if you think about the pandemic’s effects on the world, business, and the economy, you might understand why so many journalists covered the topic.

Also, 86% of journalists said that COVID-19 had affected their work in some capacity, with 19% being influenced by layoffs and furloughs. 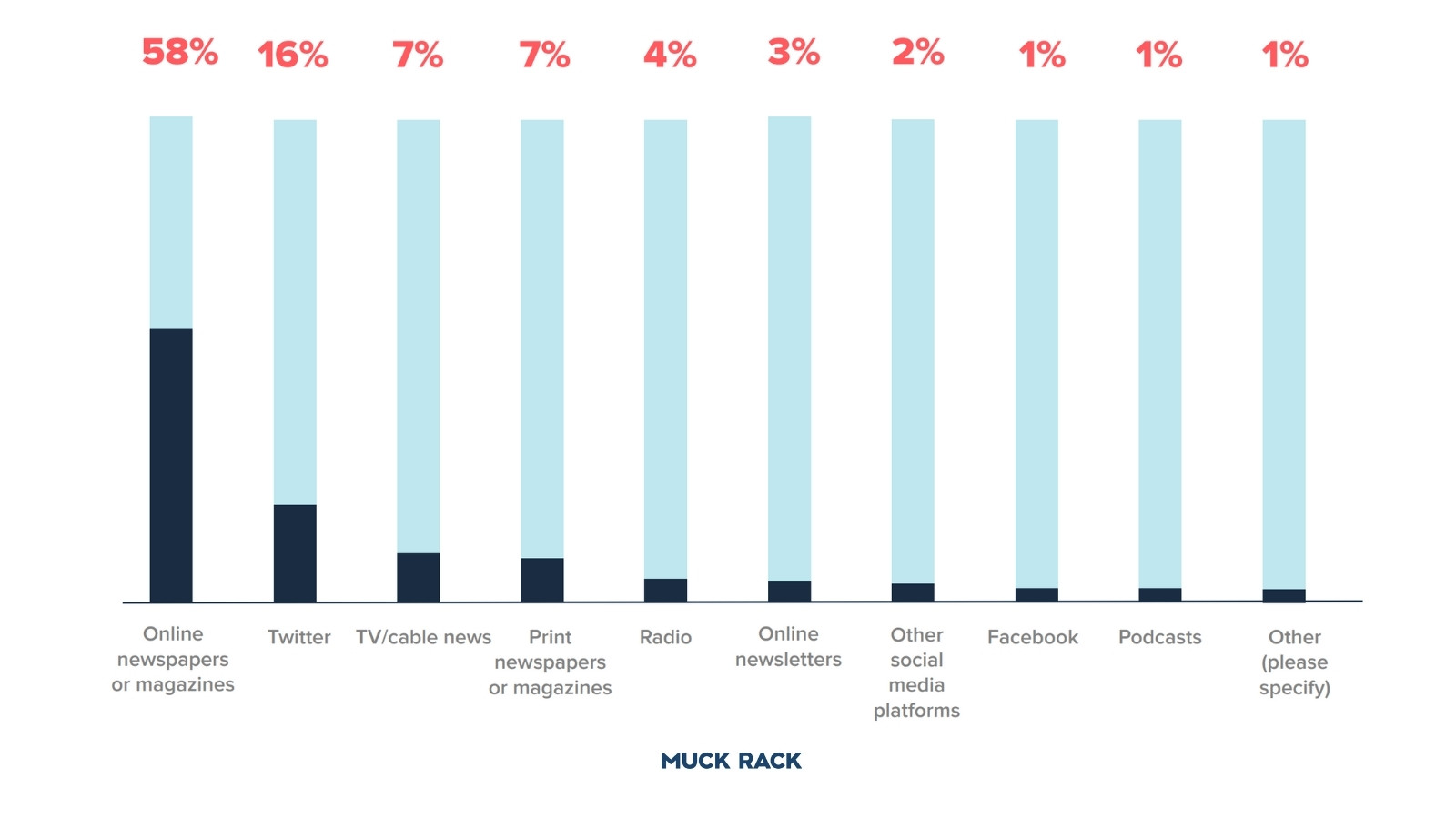 Most journalists find academic subject matter experts (86%) and CEOs (74%) credible reporting sources. What I found interesting was that more journalists (55%) find PR pros working for companies more credible than PR pros who work for agencies (34%). I’m not sure I understand the rationale. At times, the state of media today doesn’t make sense to me, but I digress.

Other credible sources include bloggers, social media personalities, celebrity spokespeople, and self-appointed subject matter experts. Another fascinating insight here is that 5% did not select any of these sources as being credible. I’m curious why. But hey, journalism today is changing. 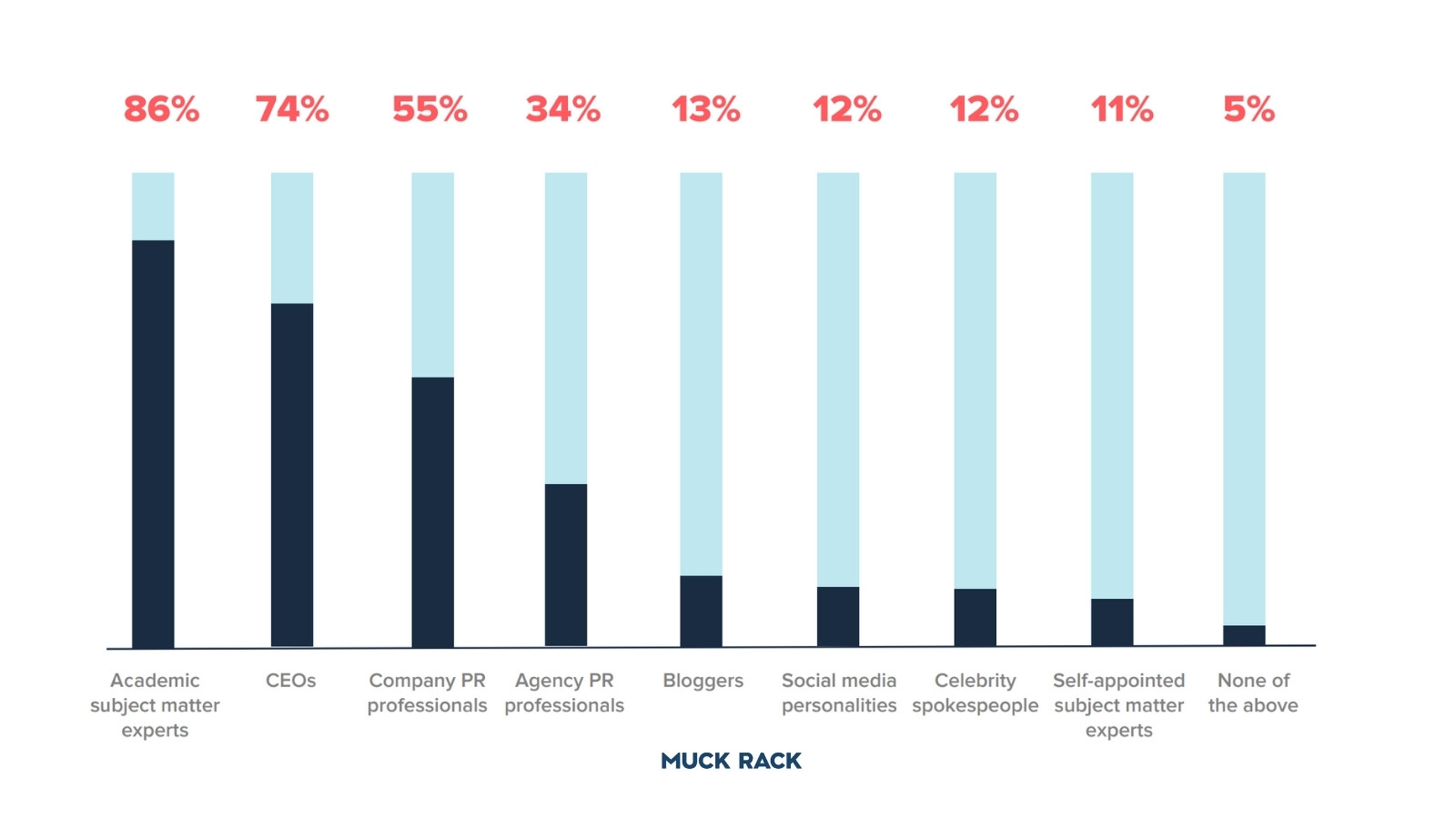 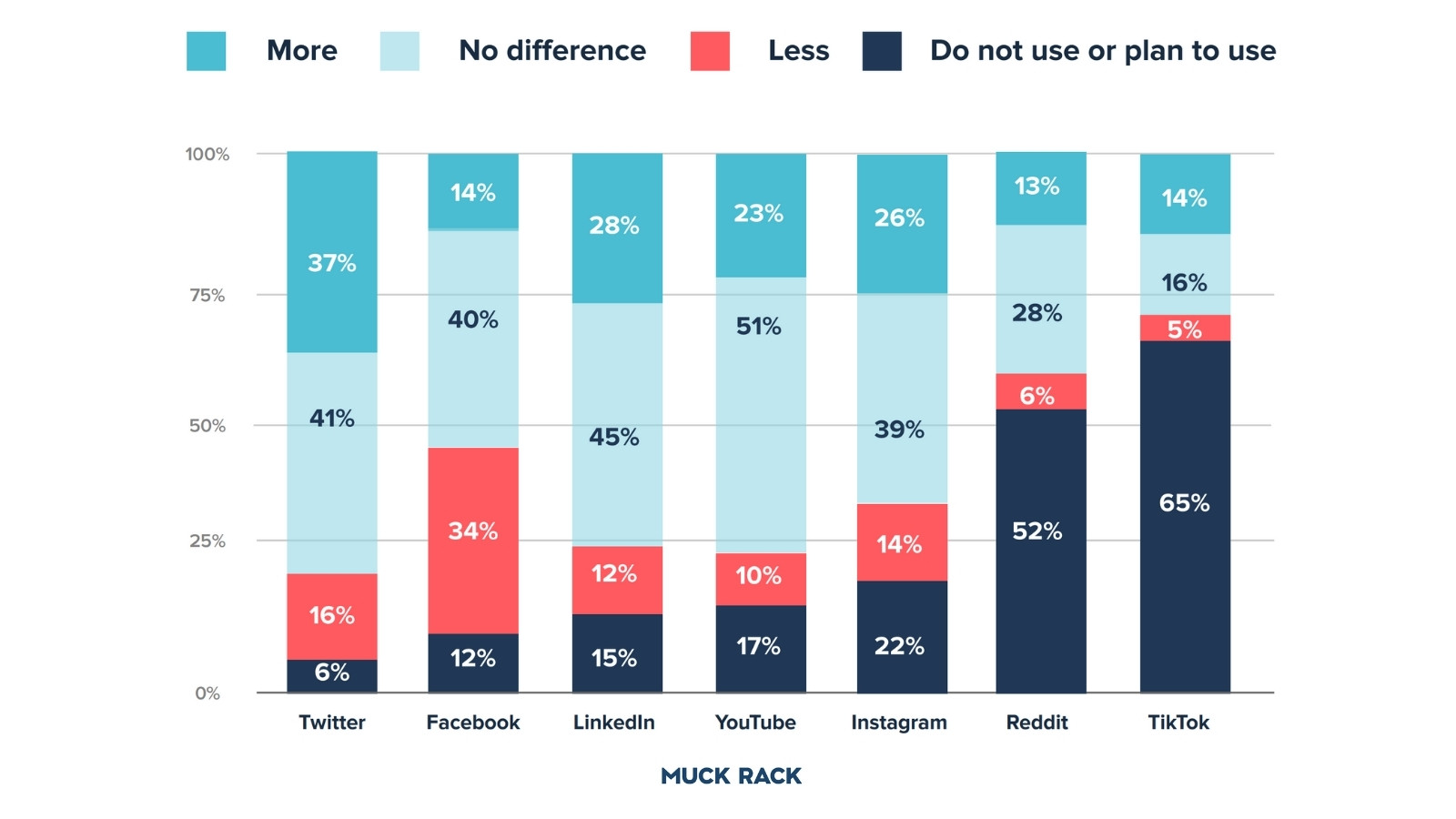 This next series of questions kind of confused me. When reporting on a company, they ask journalists if they consult the company’s social media channels. In this case, 6% say they never consult a company’s social media channels, followed by 8% rarely, 13% always, 28% sometimes, and 45% usually. This question assumes that someone on the PR team manages the brand’s social channels.

While this may be the case for some companies, most other companies use it to engage in social media conversations with their community and not necessarily share company news.

When asked if journalists track how often their stories and articles are being shared on social media, 62% said yes, while 38% said no. A follow-up question was about the shareability of a story. I get excited about this type of data because it is actionable. The question is, will PR pros use this to inform how they pitch stories and the type of assets they include in each? Data-driven media can help take PR pros from “hoping” to “knowing” their communication programs deliver business value. 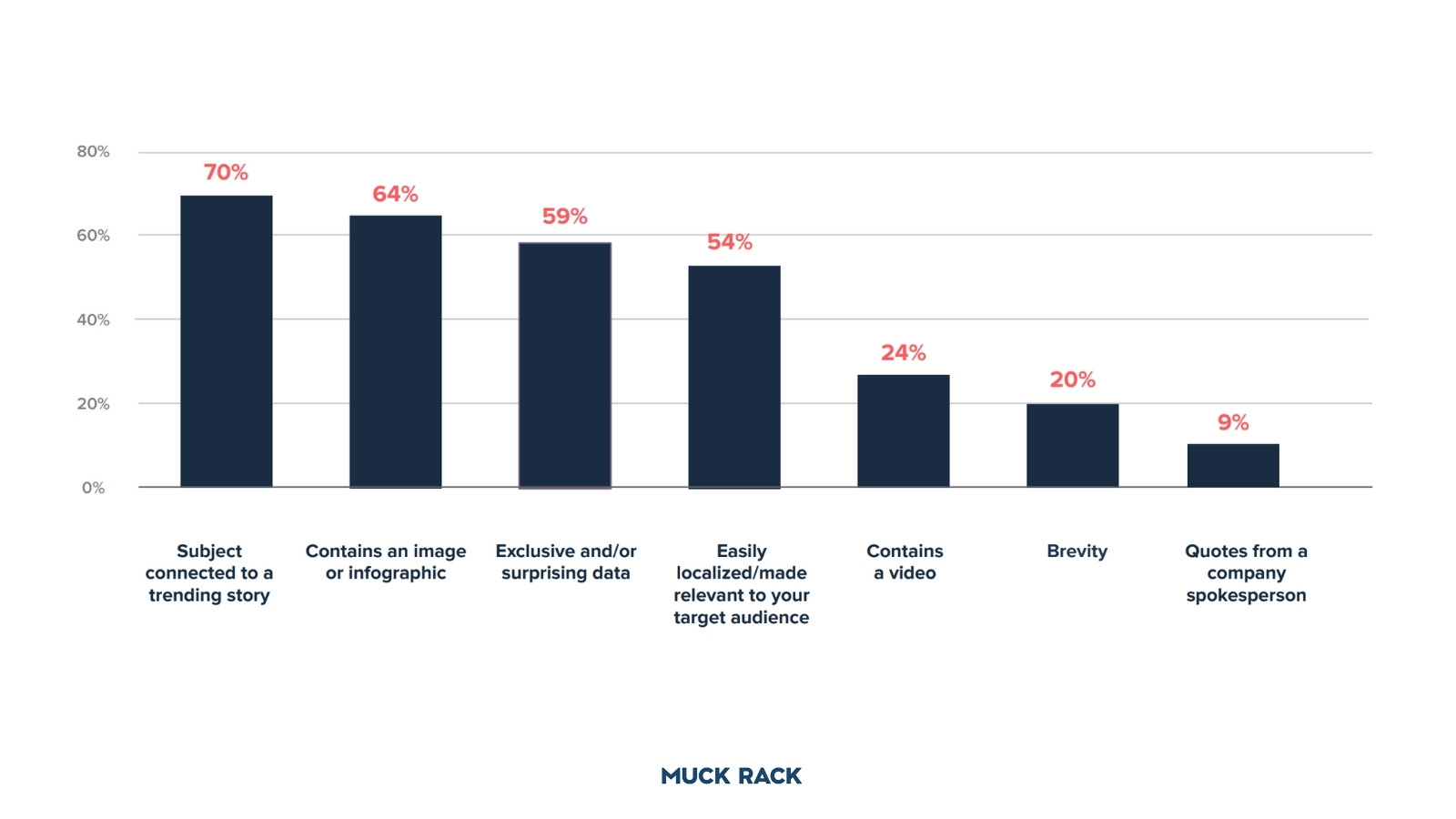 As you build your future PR skills, take note of the following line of questions. It got me thinking about public relations as an industry and, more importantly, how it needs to evolve and change. The state of journalism today is changing faster than most other industries.

When journalists were asked if they felt the information companies were sharing was outdated, 14% strongly agreed, and 47% agreed. This tells me that companies must rethink how they engage with the media. It’s that simple. 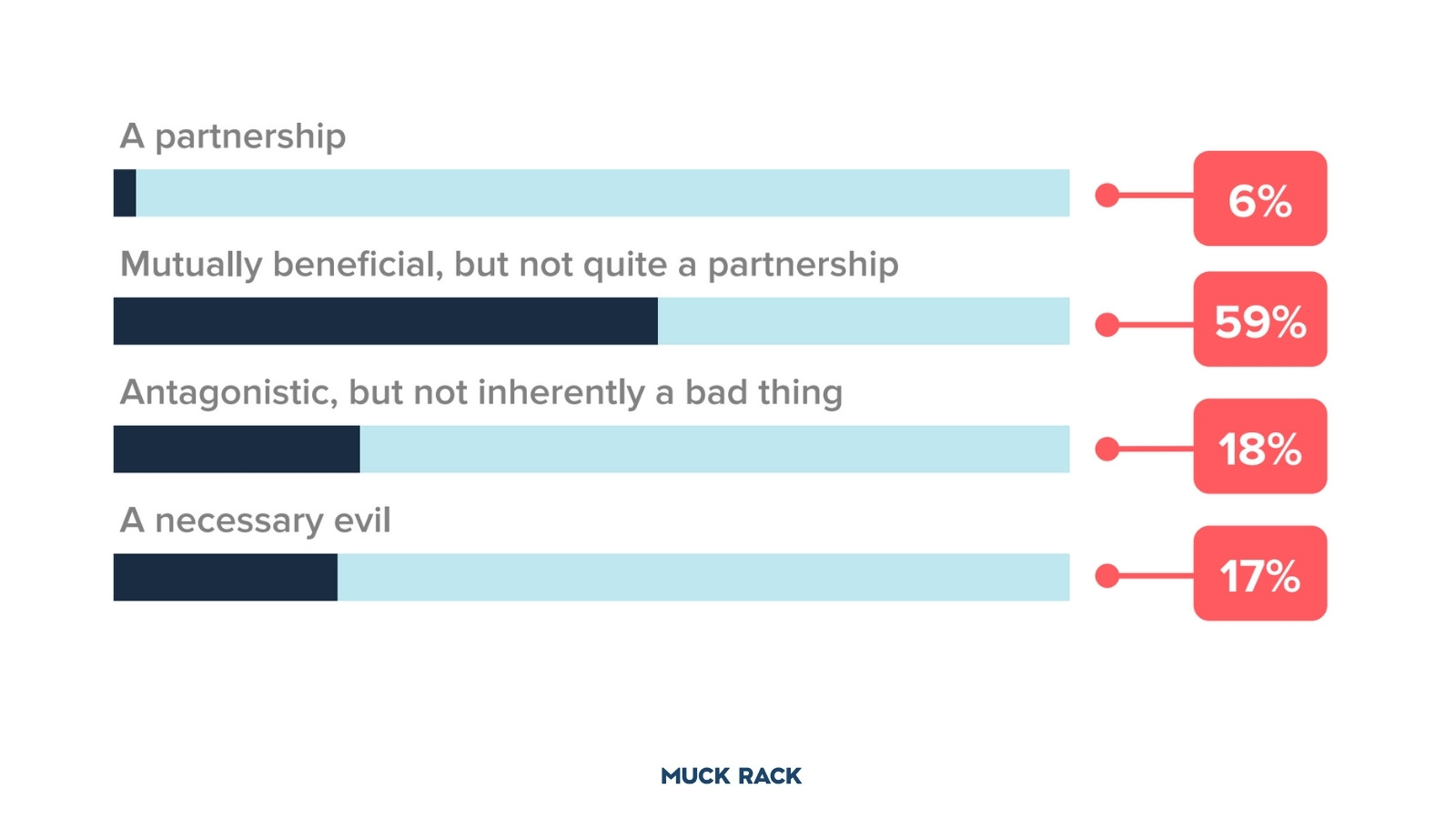 When journalists were asked why they immediately rejected otherwise relevant pitches, 25% said it was terrible timing, followed by 21% lack of personalization, 15% too lengthy, 12% confusing subject line, and 3% large attachments.

When it comes to exclusives, journalists were asked how likely they are to cover a specific story. 78% of journalists say they are at least somewhat more likely to cover a story if offered an exclusive, 10% say no more likely, 12% say it depends, and under 1% say less likely. You can download the full report here.

Who Are The Top US Brands that Consumers Can’t Live Without?

Meltwater vs Cision: The Wrong Way to Think About PR Software

How to Create a B2B Social Media Marketing Strategy that Delivers