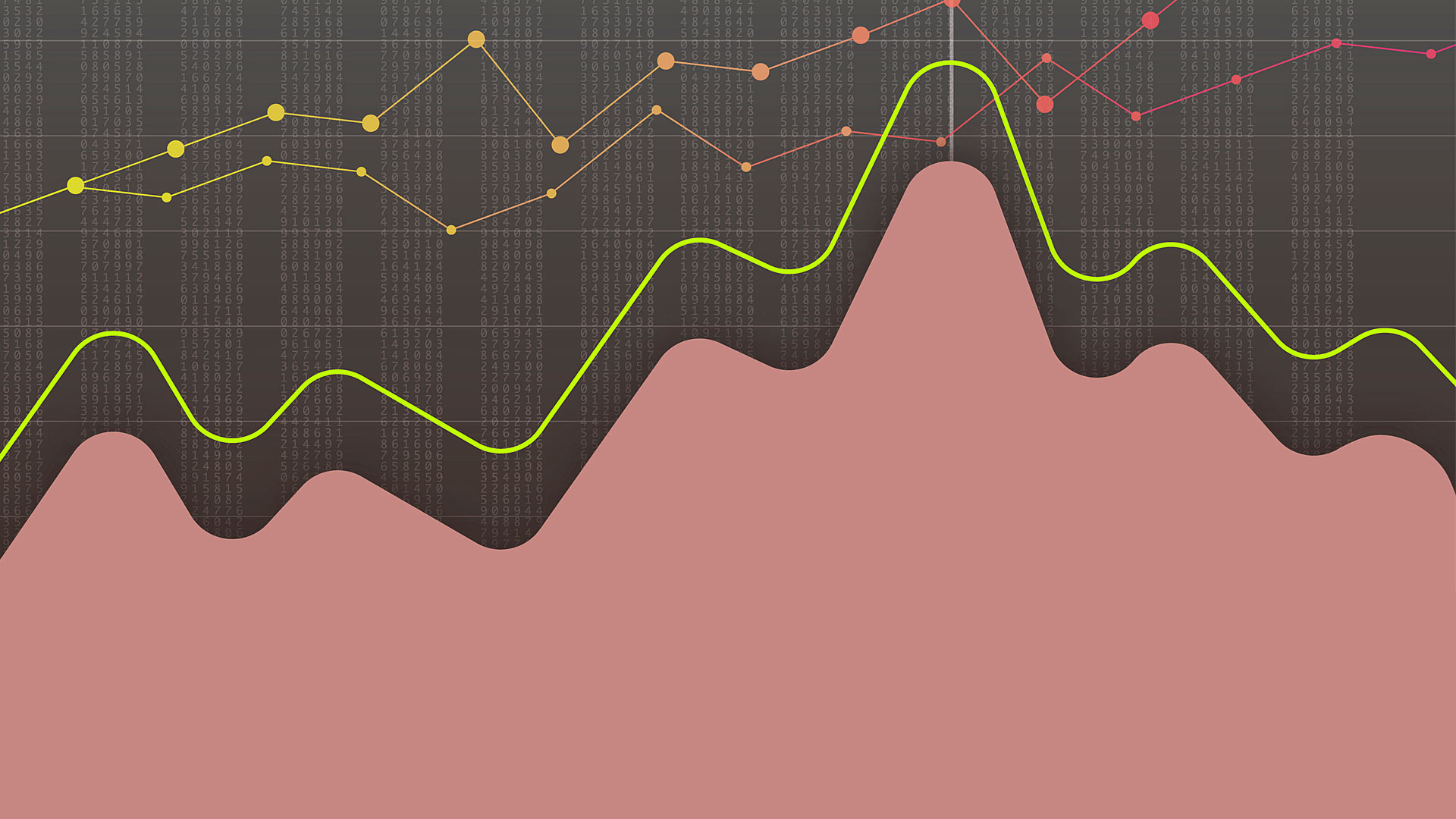 The following is an AI & blockchain media coverage analysis. The media data compares the blockchain coverage of the top media sites versus the interactions that each article receives. This data is directional only but will give PR pros and media relations experts some preliminary ideas on where to prioritize their media relations approach.

This type of analysis is basic and is one of a few of the top public relations skills that you should learn.

I never in a million years thought I would say this. I am taking a Data Science class with Udemy and I’m not doing it against my will. In high school and college, math was never my friend and I did everything I could to avoid it. And even today, I use percentage calculators and Google or Siri just about everything–equations, definitions, and answers to middle school word problems when my 13yr old asks for help. Pathetic, I know but let’s move on.

As a follow up from an article I wrote on Marketing Land, where I examined 600+ influencers who write and talk about Cybersecurity and Artificial Intelligence, I wanted to shift the conversation and take a look at some different data. Instead of Cybersecurity, I thought Blockchain media and AI topics were a little more interesting. I pulled traditional media coverage from January 1, 2018, looking specifically at the US in English and within the tech/software/startup industry. The articles had to mention both Blockchain & AI in the headline. There were 277 total articles published.

The below data represents the top 14 publications (based on the number of articles published) and the corresponding average interactions. Not sure why I chose only 14 but whatever. An interaction is a share, like, retweet, comment and an inbound link (3rd party website linking to the article). LinkedIn data is not included due to the recent API restrictions they put in place. The interactions indicate how much the articles resonate with readers. The assumption is that if the content is good, it’ll get shared, commented on, liked and linked to. 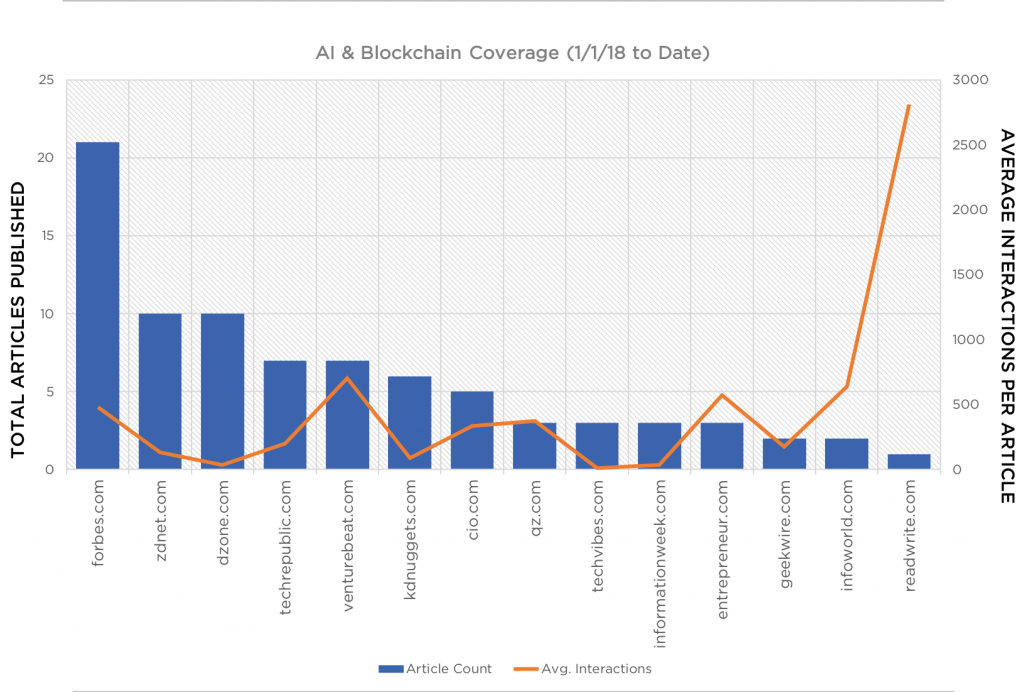 There are a few takeaways with this blockchain media data but we’ll get to that in a minute. The data isn’t 100% actionable. There are still some missing data points needed before smart decisions can be made on how you might prioritize your media relations strategy, like:

Once you have access to this data, you can get a more complete picture of the landscape and start planning some kick-ass media relations programs for the Artificial Intelligence Media Coverage Analysis.

Based on what we know by looking at the above data only, there are a few things to consider:

Reach isn’t my favorite metric but it’s good to look at, especially when deciding “who” to pitch at a particular media publication.

One of the VentureBeat articles, Blockchain will make AI smarter by feeding it better data, had several thousand interactions–3.56K to be exact. It was written by Eran Eyal who doesn’t appear to be a journalist but the CEO/Founder of a startup. He most likely submitted his article as a contributed post. His article interactions skewed the average to be higher than what it is. It’s a damn good article and I agree with what he has to say. Maybe that’s why it performed so well.

The ReadWrite piece, AI and Blockchain Tech Are The Future of Successful Trading, was written by Rueben Jackson, a Blockchain Security consultant who also has a fairly large following on social media. It’s a well-written piece and he appears to know his sh#@! Hopefully, it won him some new clientele.

As stated, Forbes has a lot of contributors many of whom are consultants and thought leaders with large social media communities. However, the top-performing Forbes article in our dataset was, Blockchain, AI, Machine Learning And IOE Will Make You Money in 2018, by Stephen Andriole. He’s a Professor of Business Technology at Villanova and doesn’t have a very large social media following. He’s not even that active. But clearly, his article resonated with Forbes readers.

This type of data and information helps build a strong content approach for the B2B sales funnel. I am not suggesting that you only pitch journalists or influencers with large social media followings. It’s simply one data point that should be considered with everything else–market data (media coverage), conversational and social media data, influencer analytics, web analytics and primary research. If it sounds like a lot to do, and it seems expensive, it’s because it is … Cha-Ching!

Audience Insights Tool: A Quick Review of the SparkToro Platform

Audience Analysis: The Essential Guide for Marketers in 2021 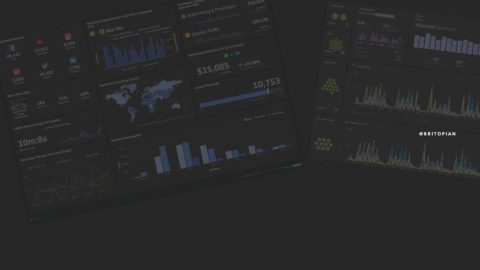