Scroll down to see the list of DevOps Influencers.

In simple terms, DevOps removes the barriers between siloed development teams and IT Operations. Under this model, software developers work closely with operations throughout the development lifecycle. The graphic below summarizes the DevOps model in a pretty simple way.

The below DevOps influencers are a diverse group of individuals ranging from researchers, analysts, reporters, and developer advocates. When measuring influence, it’s critical first to understand your goals and what you intend to do once you’ve identified the right group of people. If you work in public relations, the journalist might be the beginning of a media list. If you work in research, you might just analyze their conversations, reports, or published articles.

In either case, influence is subjective, and everyone has their version or approach when identifying which influencers to work with. The most common way to identify influencers is by measuring reach, resonance, and relevance:

I like to use one additional measure of reference. It basically looks at whether or not other influencers reference the influencer in the marketplace. Here is a Twitter list of DevOps influencers below. 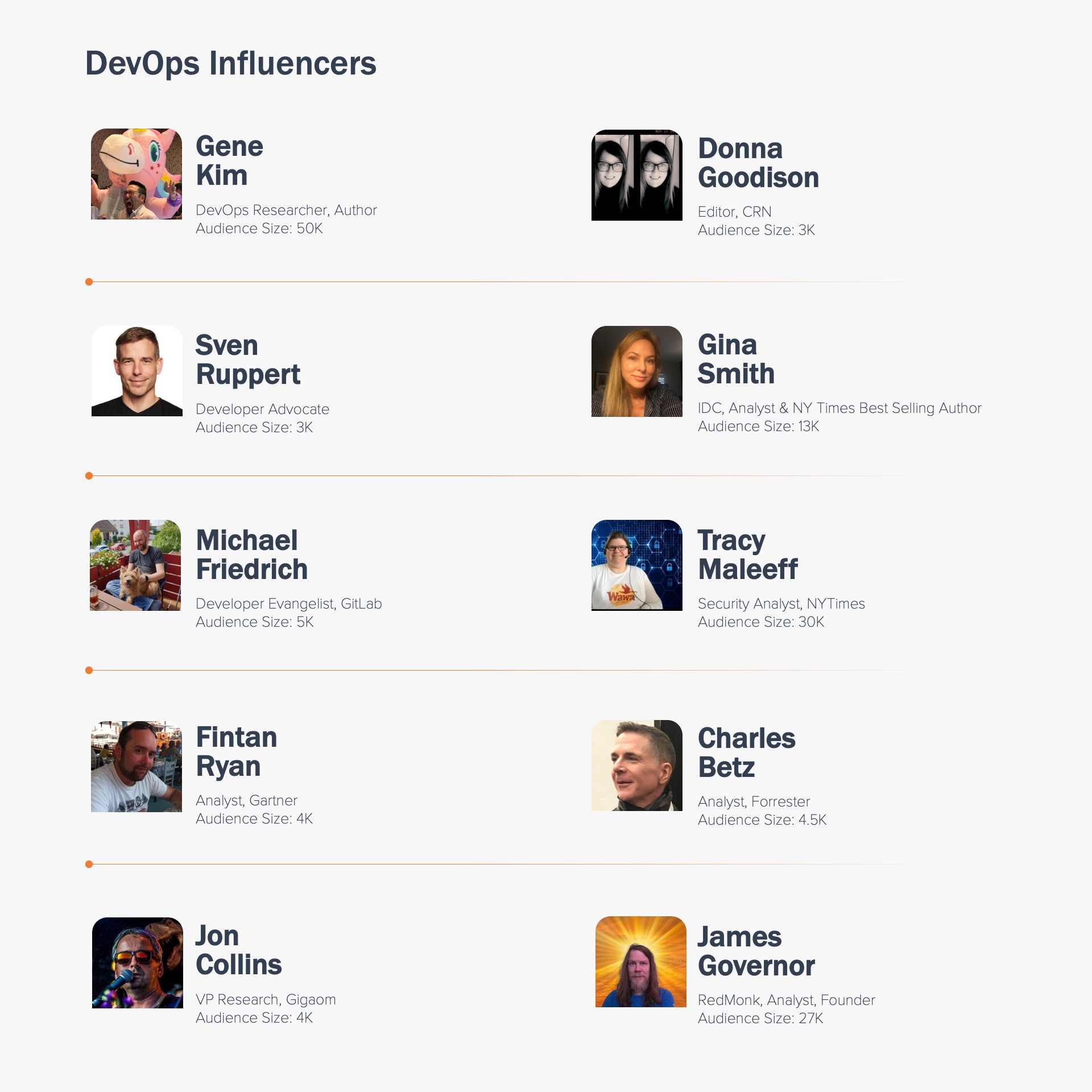 When going through the process of identifying influencers, it’s critical to do more than just reference someone else’s list. I would suggest using this list as a starting point and doing your own analysis using a combination of software and math. This would be the first step in influencer relations. I recommend Onalytica, as they are the leading influencer software provider. Or, you can get access to a free influencer research tool to start the initial process of building your list.

I put together some helpful tips on how to work with technology influencers. You can use this as a blueprint when you are identifying the most relevant influencers and launching your program.

From a media standpoint, DevOps.com, ZDNet, AiThority, and The Enterprisers Project are the leading publications driving DevOps coverage globally. See here for the best practices on how to market to software developers.

If you are interested, below are some resources that should help you with your influencer marketing journey.

In this video, I talk tech thought leadership with Silicon Valley Influencer Sarbjeet Johal and Tim Williams of Onlalytica.

It’s 2020 and it feels like the right time to talk about the history of social media n my career and think back over the last 15+ years.